While the residents of New York were still celebrating the holidays, Governor Cuomo vetoed a bill that would have legalized e-bikes in their state.

In June, state lawmakers reached an agreement with e-bike companies and delivery services; cities and local governments within the state would be able to set their own rules and standards for the operation of e-bikes and e-scooters.

The terms were printed and a bill was passed with overwhelming support.

However, on the 26th of December, the Governor of New York State, Governor Cuomo, shut down this bill. E-bikes are officially illegal to use in New York…for now. Cuomo stated that his reasons were the exclusion of helmet requirements and other “safety measures” from this bill. In his explanation, Cuomo said,

“Failure to include these basic measures renders this legislation fatally flawed”. He also made it clear that he looked forward “to continuing this discussion in the 2020 legislative session”.

To put it simply, Cuomo’s decision came as a surprise to supporters of the legislation. Some have even stated that the ban on electric bikes should be seen as an attack on low-earning and immigrant workers who are required to use e-bikes and scooters for work.

State Senator, Jessica Ramos, put it this way, “Our state has failed to help tens of thousands of New Yorkers who desperately need relief from the punitive measures taken against them every day for merely doing their jobs”.

In 2019, the New York Police Department issued over 1,114 summonses for the operation of e-bikes and e-scooters. Many of these summonses were to delivery workers, especially food delivery people. When held by police officers, these delivery workers could face up to $500 in fines and may have their bikes confiscated.

These people often log long hours earning minimum wage, and cannot afford such high fines. In another report, it was stated that some immigrant delivery workers may end up in immigration procedures through these encounters. Senator Ramos has made a promise to further pursue the bill and advocate for delivery workers in 2020.

He stated that “Governor Cuomo, a supposed champion for immigrants and the working poor, has failed to protect 40,000 low-wage, mostly immigrant workers in New York.”

However, e-bike and e-scooter companies have shown a different public reaction so far. While they spent (and lost) heavily to lobby city and state lawmakers, there’s still some hope.

The governor stated clear reasons why he was vetoing the bill such as a lack of helmet enforcement. With time, these companies along with lawmakers should be able to come to an agreement that satisfies all parties.

Lime, one of the electric transportation companies, has said that it is ready to see the governor’s concerns addressed. In a statement, Phil Jones, Lime’s senior government relations director said, “While it’s disappointing that this important bill will not become law this year, we’re hopeful that the administration will work swiftly with legislative leaders to improve mobility for all New Yorkers early in the New Year”.

Since the governor has expressed his willingness to further discuss the bill in 2020, an early resolution is entirely possible.

Generally, the introduction of e-bikes to New York is particularly tricky because the state has long-standing regulations against them. All alternate methods of transportation are heavily regulated, and e-bikes would not be easily freed of these regulations.

While we may want to poke holes in the governor’s reasons for vetoing the bill, there is still some credence to his requests. In fact, the governor’s call for better safety regulations can be tied directly to the increasing number of fatal e-biking accidents reported in New York.

In 2019 alone, the Wall Street Journal has reported four fatal e-bike accidents within the state. Of course, four cycling crashes are nothing compared to the number of car crashes that New York sees daily. However, one life lost is already one too many.

If better safety measures mean a reduction in fatality rates, then a delay and review of the bill should be regarded as a necessary constraint.

When the ban on e-bikes is eventually lifted in New York, companies will have to face another adversary; cities and local communities. The original bill gives cities the freedom to use their permits to control the influx and operations of e-bikes and e-scooters.

These local governments would also be able to set their regulations and standards for companies to follow. Most cities were ready to embrace e-biking companies, while some, especially Manhattan were against their operations. With the upcoming review of the bill, we’re curious to learn about the possible changes in local governments that currently oppose the operation of e-bikes.

If you live in New York and own an electric bike, don’t get rid of it just yet. The health and environmental benefits of alternative electric transportation won’t be overlooked in your city for much longer.

We expect that lawmakers will review this bill to include the safety concerns of the governor. Once those are met, there’s no other standing reason why electric bikes shouldn’t be given the green light.

There’s also a small outcry on social media from New York residents who use e-bikes. One user even claimed that they will continue to use their “illegal” e-bike while “waiting for New York to catch up with other progressive states”. Whichever choice you make, it’s important to consider your safety and well-being as priority number one.

For e-bike and e-scooter companies, we don’t know what to expect over the next few weeks and months. Remember that these companies have spent a small fortune lobbying for the bill over the past year.

They may not be ready to pull the plug on their New York operations, and they should not either. The upcoming 2020 discussions concerning the bill are expected to yield some positive results. Whether these companies will quit their current daily operations in the state is yet to be determined.

This entire debacle happened a few weeks after Lyft filed a lawsuit against the San Francisco Municipal Transportation Agency (SFMTA). In 2015, the city signed an exclusivity agreement with Motivate, which was eventually bought by Lyft and rebranded into Bay Wheels. This agreement gave Motivate exclusive rights to the market, in exchange for the “tens of millions of dollars” worth of biking infrastructure they would add to the city.

However, in April, Lyft’s president accused the city’s Municipal Transportation Association of soliciting new bike-sharing permit applications from other operators. The company soon followed with a lawsuit, and subsequently won.

Lyft reached a four-year agreement with SFMTA to launch 4,000 e-bikes in the city and maintain most of their exclusivity rights. The Lyft and MTA agreement also allows e-bikes to operate as hybrids within the city. They can be docked at stations and also attached to random bike racks around the city. This will allow people in all parts of the city, including those without stations, to gain access to these bikes as needed. However, Lyft is expected to pay a $300,000 fee to SFMTA to fund new citywide bike rack installations.

This agreement, which was reached in November, provided the ‘All-Clear’ for Lyft’s Bay Wheels return to San Francisco. With new, and better, battery infrastructure, the company is fully reopening its San Francisco operations.

Bay Wheels users will continue to access e-bikes at the same price as regular bikes until March 2020. The company says that it is working with partners to determine the best price point for their customers. This could also be a marketing effort to revive the interest of their users in e-bikes, following the safety concerns that were sparked in July.

However, a spokesperson for SFMTA has said, “The agency is confident Lyft’s bikes are safe and its combustion issues have been resolved”. Future complications with the Lyft e-bike batteries will be highly unlikely. 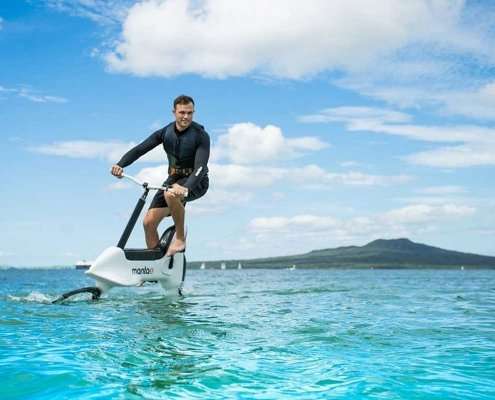 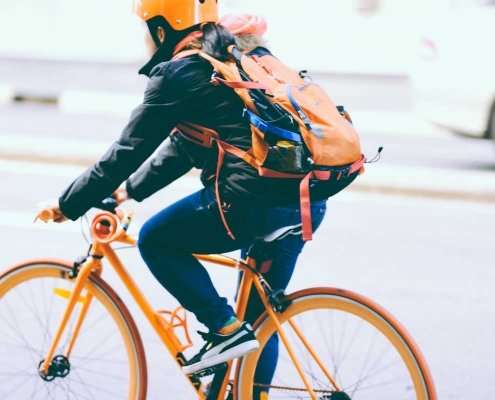 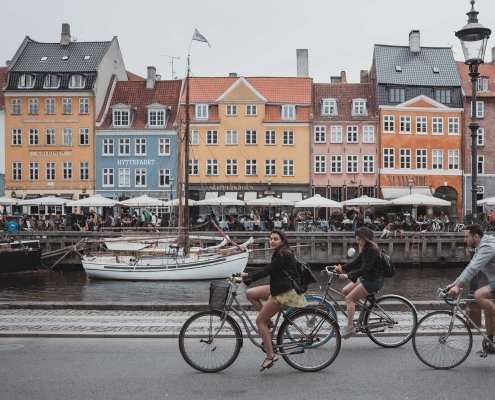 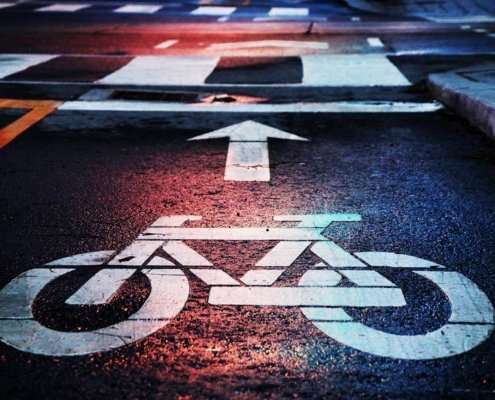 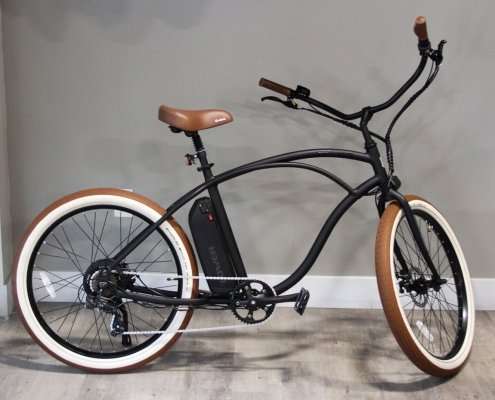 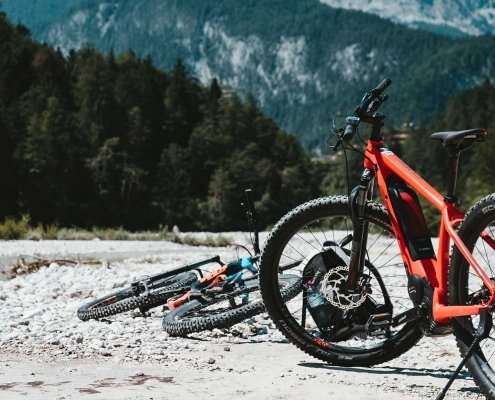 Your go to place for everything E-Bike

Your go to place for everything E-Bike

Do you Own a Boat? Here’s Why You Need a Foldable E-Bike
Scroll to top