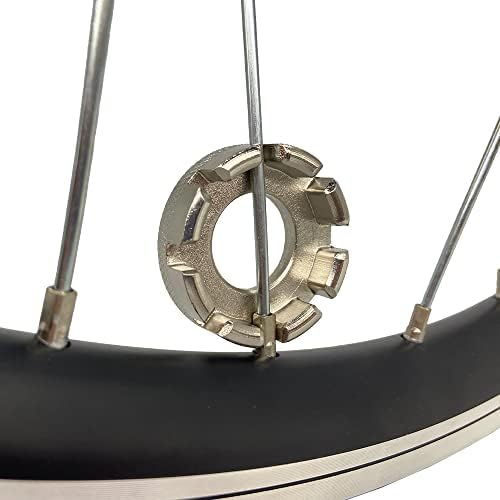 To calculate the overall star rating and percentage breakdown by star, we don’t use a simple average. Instead, our system considers things like how recent a review is and if the reviewer bought the item on Amazon. It also analyzed reviews to verify trustworthiness.

The bicycle spoke wrench is an indispensable tool for installing, adjusting, tightening, and removing the bicycle spoke. This spoke wrench is very small and convenient, and can adjust the tightness of the spokes of the wheel under any circumstances;
Bicycle spoke wrenches are suitable for spoke nut sizes of 10G/11G/12G/13G/14G/15G. Suitable spoke nut sizes (imperial): 0.127 inch, 0.130 inch, 0.136 inch, 0.156 inch, 0.173 inch, 0.197 inch. Pacifier size (metric): 3.23mm, 3.30mm, 3.45mm, 3.96mm, 4.40mm, 5.00mm;
This type of spoke installation wrench uses ultra-high hardness steel, and the surface is galvanized to effectively prevent rust;
Very small and light, you can carry it with you, and you can adjust the spokes under any circumstances;
Our products provide 6 months free warranty service. If you encounter any problems during use, you can contact us at any time and we will solve it for you. We can also accept DIY custom service, if you have related needs, you can leave us a message. A good shopping experience is the ultimate goal of BEISGUANGS.

A quick guide to mobile bike repair essentials, so next time your bike has a problem on the trail, it won’t slow down your journey.

A quick rundown of the essential tools for keeping your E-bike running efficiently and in good shape for years to come.

Lithium-ion batteries are not cheap and are usually one of the most costly components for your E-bike. They often can cost over $500 to replace. here are some quick hints for electric bike lithium-ion battery care. 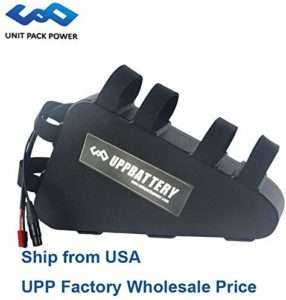 Generally using 1 hour to quickly charge will lower the general lifetime of your battery. if you still need to quick charge at least get a first-class programmable charger.

2. Do not fully discharge your battery.

This may decrease the capacity of the battery and decrease its average lifetime.

3. Do not let your battery absolutely discharge for an extended period of time.

Batteries like to be used often and charged. Keeping a battery dead for an extended period of time makes the battery in a lay man’s term lazy. The internal battery regulator needs a slight charge to do its job and if the battery is totally dead the regulator wouldn’t work and the battery may not charge.

4. Do not keep your battery absolutely charged for an extended period of time.

5. Do now not overheat your battery. 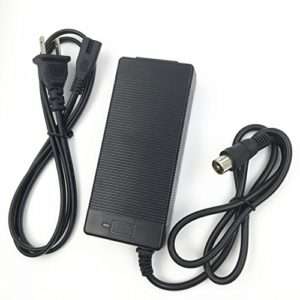 Batteries should be stored at a mild temperature for optimum charge.
Batteries kept below a certain temperature will have reduced battery strength and the same is true when a battery gets too hot. Keep away from parking your E-motorbike in direct sunlight on hot days.

6. Use approximately 80% of the batteries rate before recharging.

Constantly charging your battery and keeping it fully charged isn’t always the best.

If you can go back and forth to work on a single charge then do not charge your E-bike at work. Rather charge your bike when you get home when the battery has decreased to 10, 20%. This will maximize the general life of the battery.

The battery is generally quite heavy and is housed in a plastic casing. Dropping a battery can severely damage or wreck it. Be sure your bike does not fall over and if you have your battery on your backpack, handle it with care.

8. Shield your battery from thieves and do not leave it behind. 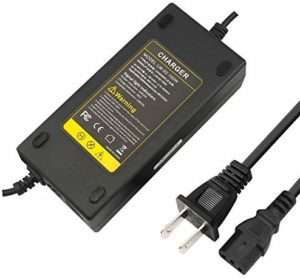 Not only is the battery the most expensive component in your electric bike, the battery can be be easily removed. Unfortunately thieves know this as well so the best practice is to carry your battery along with you and not leave it on your bike.

E-bike battery do have locks but this does not slow down thieves.

Unfortunately many electric bike manufacturers use the same lock on all their batteries and the same key can unlock batteries on different bikes. A new key can be received very easily and you can bet thieves know this as well.

9. Never keep the battery with an empty or low charge.

A battery is a little bit like a muscle. The molecules will get lazy if not recharged. A battery left definitely dead for a long period of time will dramatically reduce the overall life and running time.

It may likely no longer charge at all. Many bike stores owners say people come in with dead batteries all the time because of bad storage practices.

Do not just leave your charger hooked up to the battery for lengthy durations of time.

Many chargers have auto shut off but if the charger remains connected, the battery may certainly lose some power, and the charger will kick in and charge the battery to 100%.

This continual charging will shorten the range of your bike. 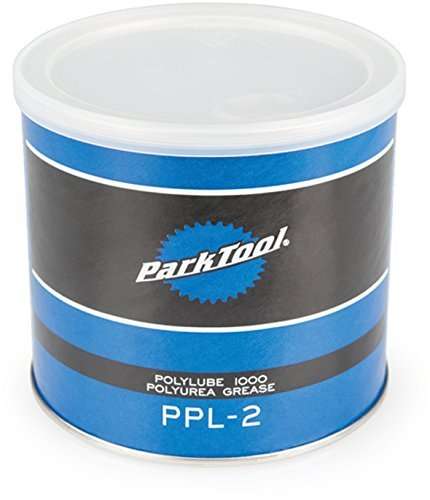 Keep your bike inside; avoid storing it outside. Rain, moisture, and dirt cause your parts to wear quicker and cost you more in repairs and service.
Bicycles ridden in rain and/or off-road typically require more frequent and extensive service. 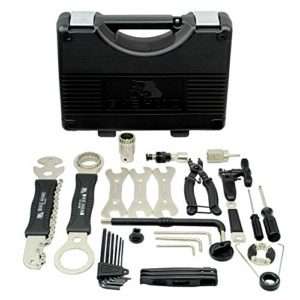 If you are a frequent commuter or distance rider, you may find that your bike needs service more often. (Probably because you’re having more fun. Nice work!)

If your bike has been crashed, or you purchased a used bike, we recommend bringing it in for a thorough check-up to ensure that it is functioning properly and safely. We are always happy to take a look at your bike – all estimates are free.
Check tire pressure.

If it’s low (if the tire feels squishy), fill to the correct PSI – which is listed on side of your tire.

Glance over the tire tread on both tires for embedded debris, to avoid getting a flat.

If you have quick release parts (such as wheels or seat posts), check that they are tight and that the wheels are secure.

Spin wheels to check for wobbles. If the wheel wobbles, this indicates that you need to have your wheel turned. 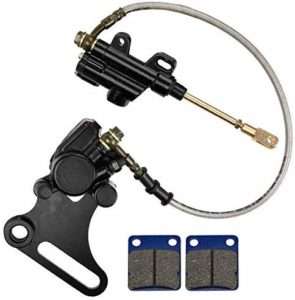 Squeeze brakes to make sure they’re grabbing and that the pads touch the rims, not the tires.

If you have a mountain bike, push down on and release the suspension to be sure that it’s responding properly.

Look over the bike chain. Add chain lube if it looks dry.

Make sure you are prepared with tools (spare tube and/or patch kit, tire levers, pump), in case you get a flat while riding. (Or that you know where your closest bike shop is).

It seems no matter how far you can go, a little more e-bike range is always better. Here’s how to “supersize” your remaining battery charge & increase your e-bike range. 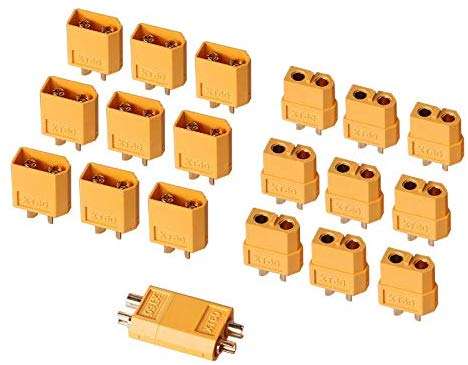 E-bike components such as throttles, motors and batteries always come with some form of plastic electrical connector at the end of the wire. These connectors plug in to the controller and make it easy to connect everything together.

These connectors make it easy to remove a component and put another in its place. But recently due to the lack of standards in e-bike connectors, most parts you get for replacement are going to have different connectors and when this occurs, having to add your new connector can be infuriating.
But not to worry, Today we’ll be learning how to easily change a connector.

Start by cutting off your old connector

Next, you’d have to cut off your new throttle’s connector. It will be wise to save it in case you are ever in need of it again.

Strip your wires about one-eighth to one-fourth distally from the end of the wires on both the throttle and the connector wires.

There are different ideas on how to do this, but basically you need to coat the bare ends of the wires with solder. You’d want to apply the tip of the soldering iron to the copper wire to begin to heat the wire. Wait a few seconds then apply solder to the wire directly (not to the soldering iron) until the bare end of the wire is coated with solder.

Now that you’ve done the heat shrink tubing, you’re ready to start soldering your connections. If you did the previous step correctly then you should already have a nice solder-infused tip on both wires.

To join the two wires, simply align one next to the other with the length of the bare wire overlapping (not aligned tip to tip) and apply the soldering iron to both wires simultaneously. The solder will melt and join the two wires together.

Once the connections have been made, you’ll have to slide the heat shrink into place and seal it with a heat gun. Don’t try to use a hair dryer; you need an actual heat gun. If you don’t have one, you can get an inexpensive one which will be good for other projects like this in the future.