The rules surrounding electric bikes in New York has produced such social agitation thus revealing the huge potential this transport system holds. With the world combating global warming and climate change, there might be a need for another alternative. 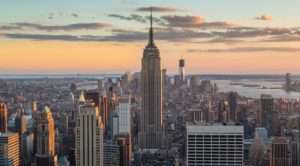 Let’s not forget the huge traffic situations, packed roads with buses and trains emitting riders due to crisis-level pauses and slowdowns. With all this surging problems, E-bikes might be the alternative we need.

E-Bikes don’t have tailpipes belching poisonous fumes into the atmosphere. They also eliminate the oil, fuel and hydraulic fluids dripped by automobiles onto the road surface — which means less toxic runoff into local waterways.

We should also remember that bicycles don’t burn gasoline. A healthy bike culture will help ease pressure on supply once gas demand returns.

Electric Bikes Are Not New

E-bikes aren’t new, they’ve always been in existence but the expensiveness and the limited battery capacity has kept it at bay, this majorly in the States.
Other bike-friendly European cities like Copenhagen, Amsterdam, Utrecht, Berlin, Paris and Lisbon to mention a few, boast a significant amount of electric bikes. 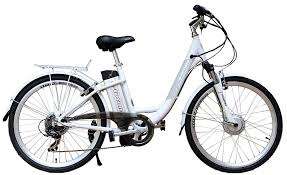 E-bikes generally are more attractive to both the old and the young. They get to enjoy the days better because they aren’t as worn out at the end of the day, or because they move through routes quicker.

Biking communities these days are putting their focus on E-bikes. While the bikes cost more to acquire and maintain, companies avoid passing along those costs to customers on bike tours.

Companies see e-bikes as a complement to, rather than a competitor to traditional bicycles, and report that cyclists of both kinds ride happily side by side on trips every day.