How Cycling Improves Your Brain Health

Modern science increasingly proves cycling is like a fertilizer for your brain. When you pedal, you make your nerve cells (neurons) more active than they were. As the neurons fire away, they boost the production of Noggin (a protein in the brain) and brain-derived neurotrophic factor (BDNF).

These two compounds are responsible for the formation of new brain cells (neurons). This triples the output of neurons; thus building your brain. 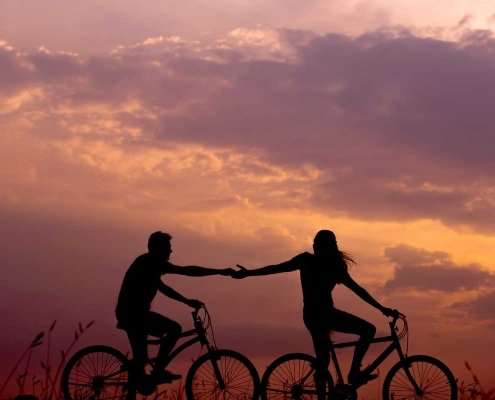 Besides promoting the production of new neurons, BDNF also supports healthy brain function and keeps some neurological diseases at bay, such as Parkinson’s and Alzheimer’s. Good news right?

A research published in the Journal of Diabetes Complications about participants with either metabolic syndrome or type 2 diabetes confirms this (a metabolic syndrome are clusers of symptoms that raises the risk of developing stroke, diabetes, and heart diseases).

The volunteers were put on a regular cycling schedule and monitored very closely. After three months, their BDNF levels were found to have increased.

All the hours you spend on the pedals do not only work on your quadriceps, but also on your gray matter(brain part). When the blood vessels in your brain do receive an improved supply of nutrients and oxygen, they sure will work better.

Although we hear a lot about gray matter, the white matter also matters!

White matter is usually on the lower side of the brain’s surface. It has been compared to a connecting system that links up various parts of the brain.

A breakdown in the functioning of this system results in slow thinking and other cognitive deficits. Thankfully, science shows that practicing a motor skill like riding a bicycle can improve brain performance.

A study published in the Schizophrenia Bulletin also reported research that was conducted on schizophrenic patients and healthy individuals. The research was conducted in the Netherlands, where bike riding is the norm for most people.

Half of the subjects were put on a six-month regime of pedaling stationary bikes. Even though it was performed indoors and many of the participants already did some cycling, the added pedaling made a huge difference.

Brain scans on the subjects who were pedaling stationary bikes showed enhanced integrity of white matter fibers, in both schizophrenic and healthy brains.

So in conclusion, It’s never too late to improve your brain health, and just a short bout of cycling can help your brain get the oxygen and other nutrients that it needs.

Tips For Cycling In Your Senior Years

Tips For Cycling In Your Senior Years
Scroll to top