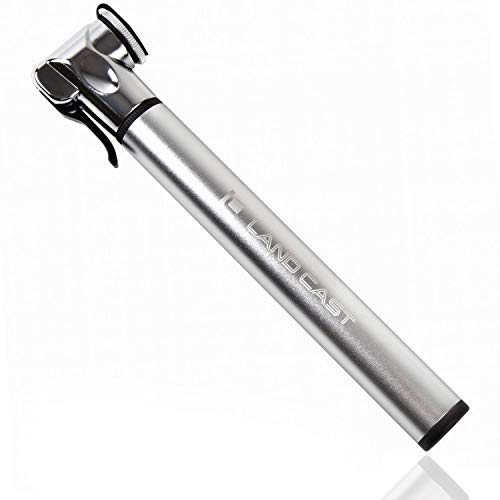 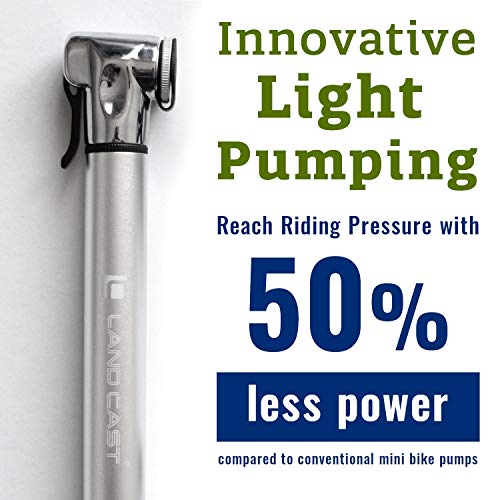 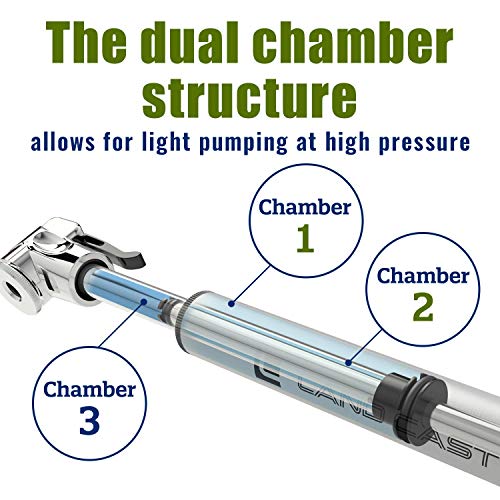 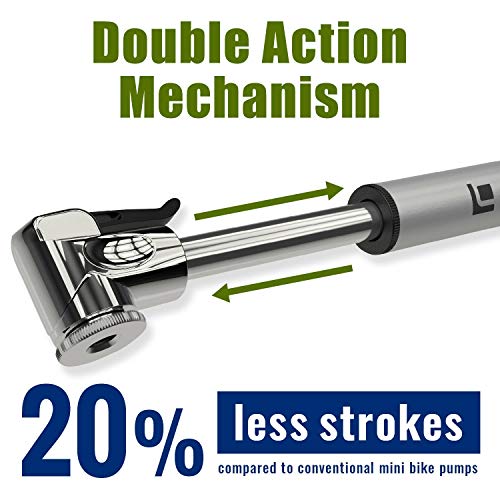 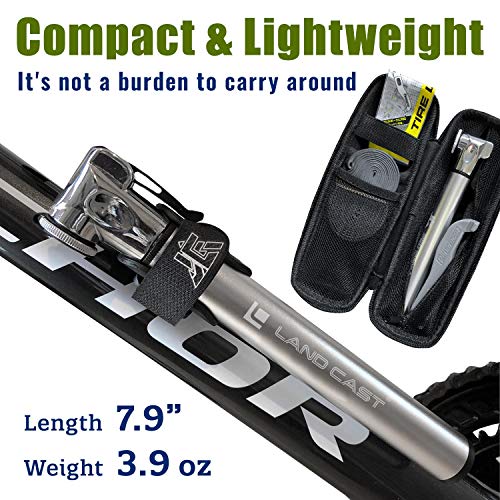 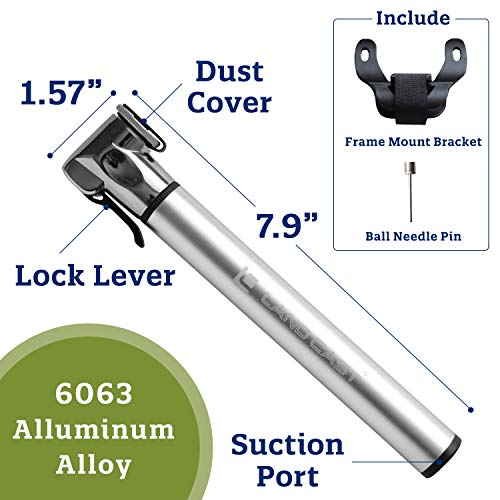 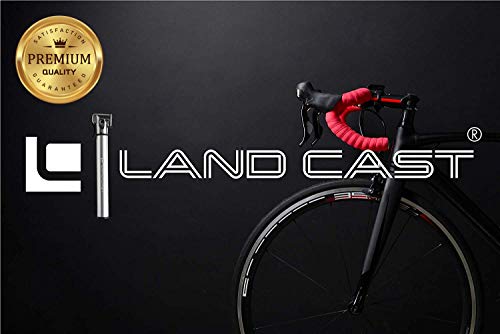 Does it have portability? Does it have pump functions? Choosing portable pumps that has been the worry of riding road bikes for many years. LAND CAST Magic Pump is for people who don’t want to give up on either “Compact x 300 psi high pressure compatible”

[The issue with existing portable pumps]

The floor type can pump up to high pressures which is necessary for road bike tires but it has the disadvantage of being large and heavy. The hand pump type is small and light, on one side has excellent portability but pumping action is heavy work and it was a huge task to enter air until high pressure is reached.
The LAND CAST Magic Pump is mounted with dual chamber construction and double action mechanism. Both advantages exist together.

100 strokes: If it were for conventional mini pump, at this stage pumping would become hard. its pace downs right away.However, if it were LANDCAST, it would mike it easily.

200 strokes: If it were for conventional mini pump, at this stage, pumping would become strongly hard. You might feel to throw it away.However, if it were LANDCAST, it would mike it easily.

300 strokes: If it were for conventional mini pump, at this stage, pumping would become super hard, and you cannot do pumping with normal hand power. However, if it were LANDCAST, it would mike it easily. Wow!

[How to change valves]

By putting in the 2 replacement parts inside the pumphead, you can change from an American style valve to a French style valve. MTB uses a Schrader valve, while the road bike uses a Presta valve.

[How to putting in air]

If you insert the pump head into the valve perpendicularly, pulling the lock lever fixes it in place. Once you finish putting in air, lowering the lever detaches the valve.

When lift the lever, as it is fixed to the valve, you need not worry about air leakage, you can put air to the high pressure without worrying.

Except this production itself, there are a bracket reasonable set to be able to frame to a road bike and ball needle pin.

✅It is an innovative pump that can be put air with surprisingly light force up to the needed pressure for road motorbikes, even though it is really compact! Its maximum pressure is 300psi.In Japan, where we released earlier, we obtained the average rating of 4.7 at Amazon, and it’s currently the highest selling portable pump.
✅Due to patented pressurized dual chamber structure, it works as an awe-inspiring light pump weight.You can put air using about 50% lighter power than in a conventional portable pump of the same size!You don’t have to exhaust in order to insert 100psi anymore as a conventional portable pump requires.
✅It has a double function system to input air by pushing or pulling the pump, and with its light, compact body, it can input air quickly.Compared to conventional portable pumps,it can reduce time by 20%!
✅Due to the weight, durability and beautiful outlook, we use 6063 aluminium alloy which is also used for airplanes. Due to strong valve lock system, it won’t hurt the valve and won’t result in air leaking. Pumping with light power and extended tube is not necessary.
✅It is also convertible to Presta&Scharader.Manual exchange of inner parts can support both bulbs. Also, a bracket part is available, which mounts onto the frame of the bicycle.Converting adapter is not necessary. You can refund or change anytime within 30 days from your purchase. Get it now!