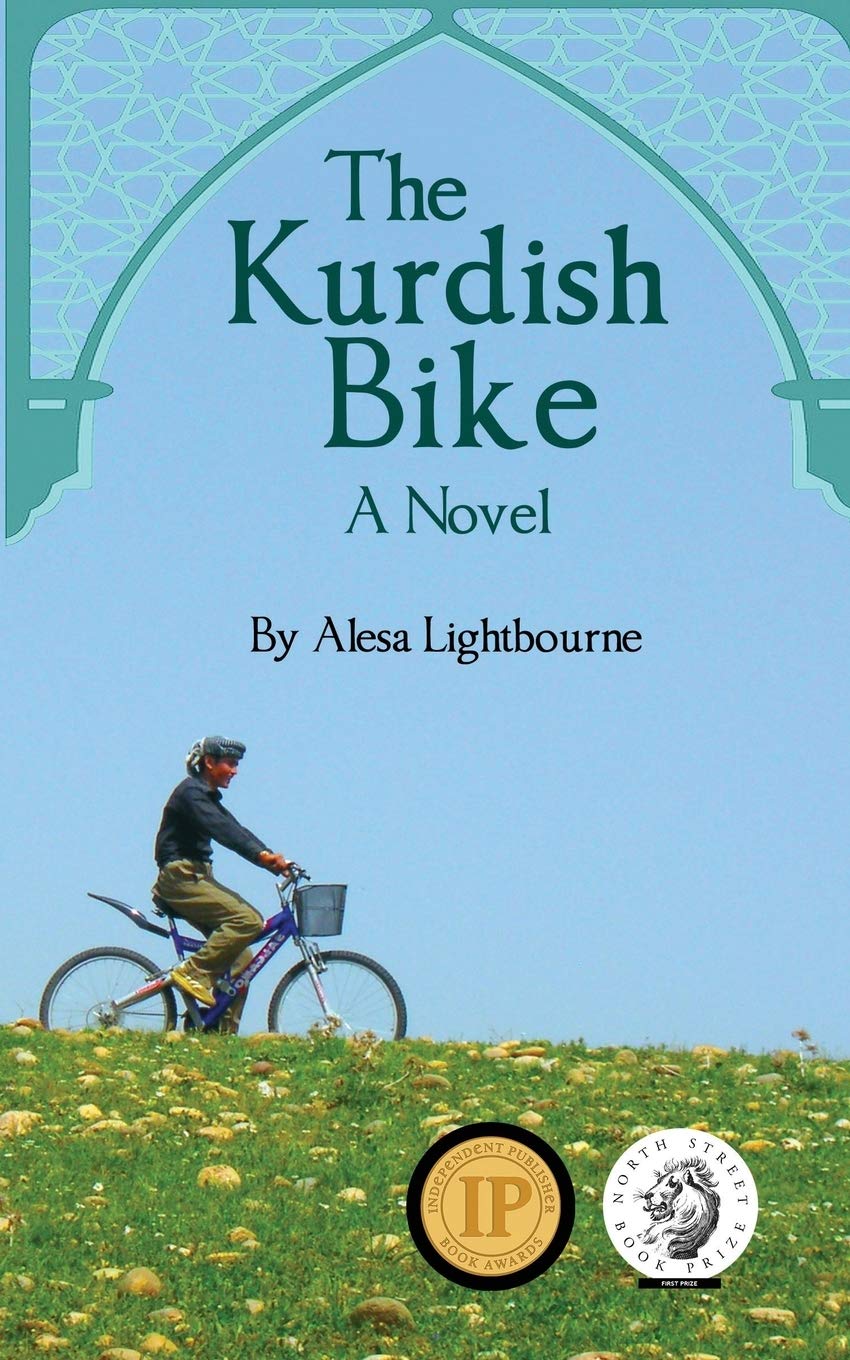 The Kurdish Bike is a gripping story of one woman’s immersion into a not-so-comfortable world, where she struggles to make sense of critical issues, like violence, lack of respect for women, poverty, and the general sense of the absurd characteristic of war-ridden areas. But it is more than that. When Theresa answers the ad to teach at a Kurdish school, she has no idea of the challenges that lie ahead. Now, thrown in an unknown world, she has to reconcile with new cultural values and witness the aftermath of war and its implications on culture and lifestyle. Can her voice be heard? What does it take to replace structures of oppression? What hope do the marginalized have vis-à-vis the cultural divide and the harsh political landscape? Alesa Lightbourne’s debut explores such critical issues and a lot, lot more.

Set against the backdrop of a powerful political landscape The Kurdish Bike offers a stunning social, political, and cultural commentary of what it is like to live in a third world country torn apart by war. The single mom, the newly recruited teacher on a bike, makes friends with native women and her contact and relationship with them lead her to get glimpses of the not-so-obvious conflicts that threaten life in the country. Bezma’s family stands out as a symbol of the oppressed and fans of The Kite Runner by Khaled Hosseini and A Dry White Season by Andre Brink will adore Alesa Lightbourne’s evocative writing, the reminiscences of war images, and the general malaise felt by millions of people, plus the pain of belonging to their own country.

As a debut, The Kurdish Bike underscores success at many levels. First, the prose is polished and rings through the ears like music. The author has the rare gift of weaving national conflict into the lives of individuals. And then there is the biting sense of humor, the ability to portray hope through simple relationships, to find meaning in the will to survive each day at a time. The characters are well grounded, sculpted to reflect the social landscapes from which they sprang. In spite of the powerful conflict that permeates every layer of this book, the unspoken words and the silent cries, there is a current of positive energy communicated through laughter, love, and friendship. The novel is beautiful in a haunting sort of way.

Few books have the ability to engage the reader so much that they feel the emotions of the author and characters. The Kurdish Bike by Alesa Lightbourne is one of those books that have strong characters and story, so much so that the reader feels like a member of the family.The novel begins with Theresa Turner, who’s a single mother and looking for work. After a teaching job in Saudi Arabia, she applies for a teaching job at a school in Kurdistan, in Iraq; to her surprise, she lands the job.

Wary of a country ridden by ethnic conflict, Theresa is amazed to see the poor living conditions of people living in Kurdistan. Determined to make the best of her time in Kurdistan, Theresa purchases a bike and sets out to explore the nearby villages. Theresa meets Bezma, a village girl, and her life gives her a peek into the lives of women in third world countries. Each conflict in Bezma’s family makes her realize the importance of being educated and independent in this world, but also highlights the fact that women all over the world suffer from similar problems. Recently separated by her ex-husband and losing her life savings in the process, Theresa feels her problems are inconsequential, as she is appalled by the suffering of women in Kurdistan, who have to endure genital mutilation and child marriages. Being in the company of strong women of the village, Theresa learns the value of her comfortable life back in the United States and vows to make a difference in the lives of Bezma and her students at the Academy.

The story is admirable for its characters, for they are not only well-thought out, but also reflective of a country whose people are torn by a decade-long war. The characters of Ara, Bezma, Pat, Seema, and especially Theresa herself are well-developed and are a mirror to the courage and strength shown by women in times of distress. Alesa Lightbourne has shown excellent penmanship writing this novel based on her personal experience and shows how involved she was in the lives of the people she taught and met in Iraq. If you are interested in knowing about the lives, cultures, and hardships faced by people in the Middle East, this book is a must-read.